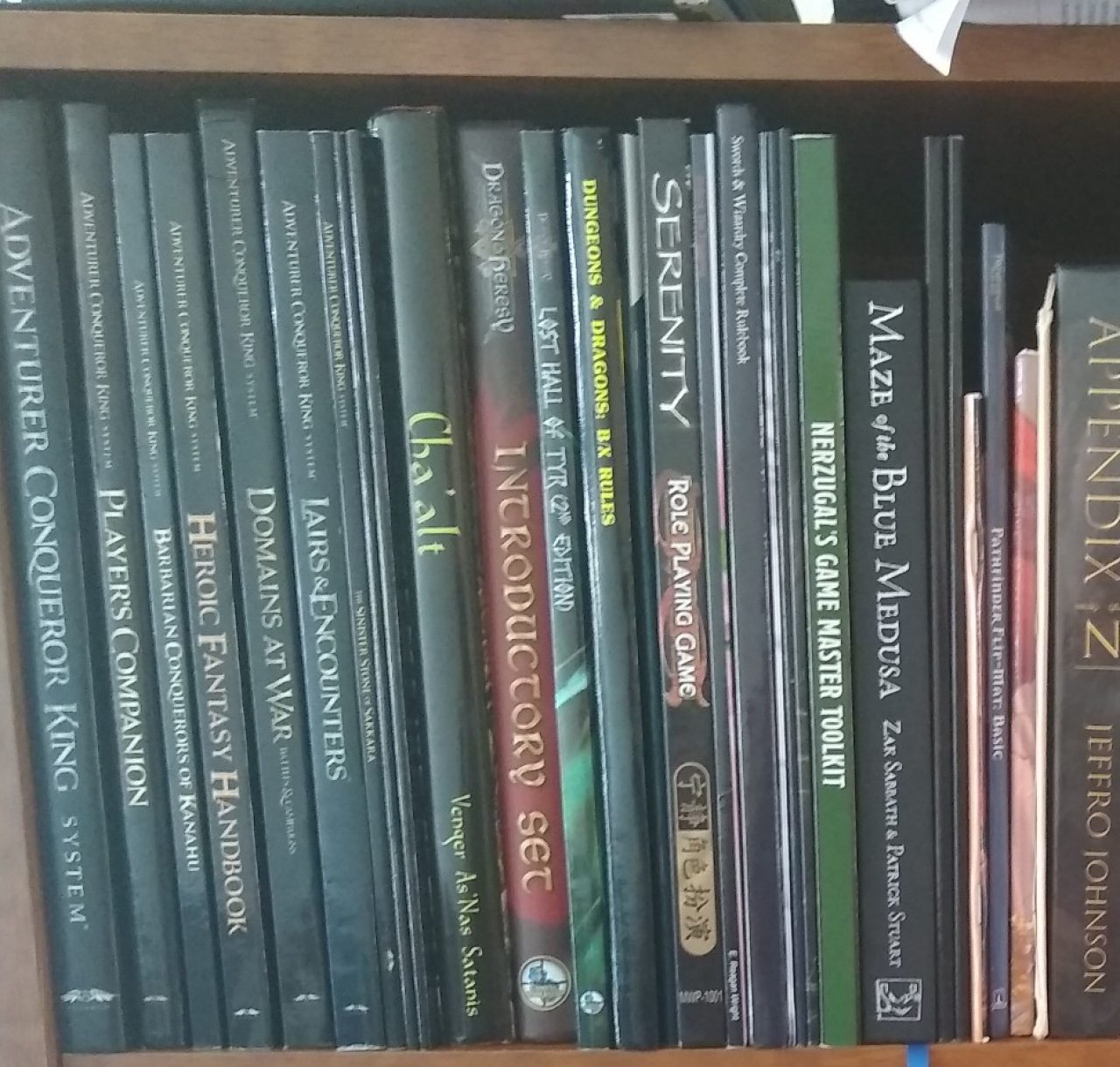 Here is the full party:

Hans = Fighter PC (player is unable to join for a while)

Session Report
In these two sessions, the party finished clearing out level 2, but alas, upon opening a door clearly labeled as “DO NOT OPEN”, a beast with hooks for hands and acidic breath tore up Terry. He barely survived.

The part needed a new torchbearer, so they went to town and found Jerry to carry the torch.

Now down to level 3.

This level of the dungeon has a strong sci-fi feel, but more importantly, it has the two rival factions that worship the god Ulusek or the god Lokvaar. These two factions hate each other (and are roughly of equal strength), so the party can get into all kinds of mischief.

After meeting with the Ulusekians, they talked rather than stabbed. Once they got the lay of the land, they went to speak to the Lokvaarians. Now, the Lokvaarians have a “friendship bracelet” that identifies the wearer as a Lokvaarian. This bracelet ticks and has a red flashing light on it. Totally, not a bomb.

The party said they were friends of Lokvaar, but took one of the friendship bracelets in their pack before heading back to the Ulusek territory.

Upon meeting with the bomb guards, they found out the there was a giant switch on the wall that would activate the bomb. Disabling the switch would disable the bomb.

A massive battle between the forces of Lokvaar and Ulusek ended with a complete slaughter. And 50 phasers for the party to use.

This session was less about combat and more about being a conman. The party could have started attacking everything that moved, but they didn’t. Sometimes, talking can fix your problems.

Before wrapping up the session, the party met three ancient men who tasked them with three tasks:

Each one promises to teach a party member a special mental power. Ilkhannar can make heads explode like in Scanners, due to disabling the nuclear bomb. Now what kind of trouble can he get into…

Remembering the Fallen
None this time. Terry the Torchbearer is out for a month.

It’s a “drop in / drop out” deal. You can’t make a session? No big deal. Don’t like my GMing style and want out? No big deal. You can hit me up on Twitter (@NotJohnDaker), email (themixedgm@yahoo.com), or MeWe (if you know Power Word: My Real Name)